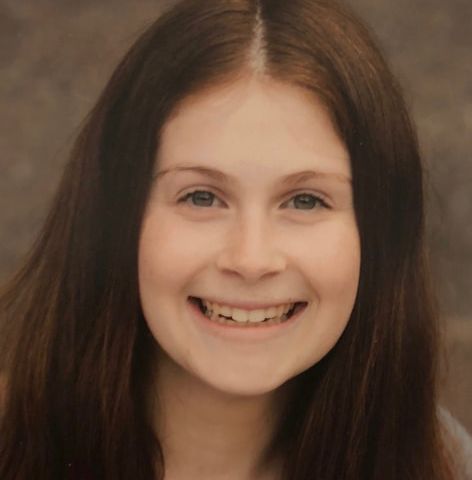 ​Amanda Samuels, a seventeen-year-old from Connecticut, spends most of her time in theater and community service.  Amanda has been involved with eleven Staples Players productions. She tackles the role of Senior Manager of Fundraising and Outreach, the crew that gets advertisements for the playbills from local businesses.  Every February, Amanda travels to a country in South or Central America with Builders Beyond Borders, a nonprofit organization. As one of the six elected Student Ambassadors, she serves as a spokesman for the organization; she leads information sessions for prospective members and their families, and manages the Builders Beyond Borders’ social media accounts.  Last year, Amanda was an “Amigo” for her team and engaged with new members to ensure that everybody was comfortable. Next year, she will be an Advisor, one of the three student leaders on her team. In addition to working with Builders Beyond Borders, Amanda is a prominent leader in her school. As President of the school government, Amanda has many responsibilities including meeting with the Principal weekly to discuss improvements for the school, organizing events, and leading school government meetings.  Additionally, as a member of National Charity League, Amanda spends a lot of time volunteering for different organizations; she has completed at least thirty hours of service each year since the age of thirteen. She is also a member of National Honor Society, which is a group of intellectuals who engage in community service projects. Amanda was awarded the seal of biliteracy in both Italian and Spanish.
​

CLUBS/ORGANIZATIONS
Staples Players — 2014-present
-Theater group that produces three main productions each year, along with two studio productions and a one-act play festival
-Involved as an actress in 11 productions
-Senior Manager of the Fundraising and Outreach Crew; manages this crew that secures advertisements from local businesses to put in the Playbill; main source of income for the organization; made a record of over $10,000 last year under my leadership
Builders Beyond Borders — 2014-present
-Non-profit organization is dedicated to aiding in the development of impoverished communities in Central and South America
-Travels each year to build projects such as houses, medical buildings, or classrooms
-Integrates with the communities and experience a new culture while providing desperate aid to the community
-Serves as a spokesman for the organization as one of the six elected Student Ambassadors; runs information sessions for prospective members and manage the social media accounts
-Serves as an “Amigo” for my team; engages with new members of the team to ensure that everybody was comfortable
-Serves as a Student Advisor, one of the three student leaders of the team
Student Assembly — 2014-Present
-President of Student Assembly, the school government
-Acts as the voice between the students and administration.
-Organizes school events, fundraise, and in lead school functions
-As President, I manage all of the functions of the club, lead meetings, and meet with the school principal once a week to collaborate and discuss the club’s ideas
National Charity League — 2012-present
-Engages in 30 hours of local community service each year.

AWARDS
Seal of Biliteracy in Spanish
Seal of Biliteracy in Italian
First Honors Roll
-Awarded to all students who have an overall quarterly GPA of 3.665 or higher
-Have been a recipient of this award for every quarter of school
National History Day
-Won 3rd place in my state level contest with my documentary about the achievements of John Lennon
National Honor Society
ADDITIONAL SKILLS
Technology
-Efficient with Google drive, Microsoft Word, Microsoft Excel, iMovie, and many forms of social media including Instagram, Snapchat, Facebook, and Twitter
Language
-Not fluent, but comfortable speaking Spanish and Italian.

​ References I have worked with:

References I have worked for:

References who have worked for me:

My main values in life are family, friends, independence, positivity, and perseverance.  Friends and family are those who are by my side each day to support me, laugh with me, and never let me down.  They're the building blocks of the person I am today.  Independence is what allows me to lead my own life.  As a girl who jumped on the camp bus at age 8 to leave home for seven weeks and never looked back, independence has been a part of me forever.  Positivity is what makes life enjoyable.  Why see the bad in situations when there is always good?  Perseverance is what gets me through any troubles.  I try not to see difficulty as a bad thing; I see it as another opportunity to persevere.

My mission in life is to make myself and others happy.  I figured this out on my last community service trip to the Dominican Republic.  I saw a little girl fiddling with a bottle of bubbles, unsure what to do with it.  When I took it her from her hands and unscrewed the top, she looked confused.  I blew into the wand filled with soap and as a bubble emerged, her face shifted to complete awe which was then followed by laughter.  She couldn't stop laughing, and shortly after, I couldn't stop laughing.  The joy felt in that moment is what life is all about.